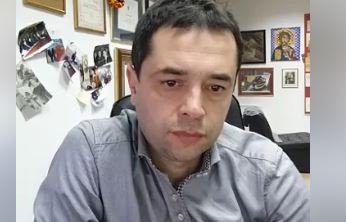 Association of Journalists of Macedonia condemns coordinated surge of verbal abuse of the authorities against journalists, which are directed against freedom of the media and the public’s right to be informed.

Such attacks are intended to intimidate and silence journalists and stifle criticism in the media. Thus the government wants to prevent the public to be informed of important developments in the country.

Accusations of VMRO-DPMNE against Fondation Open Society Macedonia for allegedly corrupting the journalists is a pure spin of the government, which does not have the courage to face their own responsibility for massive abuse of media for political purposes.

The statements of the director of the Archives of Macedonia, Filip Petrovski the “clean” the “media of Soros”, is an excellent example of calling a public lynching against opponents of the government. Also reminding in the context of controversial figures from history, who were perpetrators of attacks is an act of incitement to violence against journalists. Such practices have nothing to do with the values of free and democratic countries but are relics of totalitarian regimes which have caused great suffering to mankind.

We also condemn insults of the mayor of Berovo against the journalist Daniela Takeo and evaluate them as inappropriate under any level of good upbringing of a mayor. This incident shows that the government is expanding the pressure on journalists working in critical local media.

We urge government officials to stop the insults and calls for violence against journalists and to remind them that because of this they will be responsible for the possible consequences. If there are examples of inappropriate behavior we call to require media correction or retraction, and in case they are ignored to turn to professional organizations responsible for self-regulation in the media.

We also urge all journalists to check their information from various sources and do not use the media for dealing with its opponents.

AJM welcomes the findings of international observers for the media