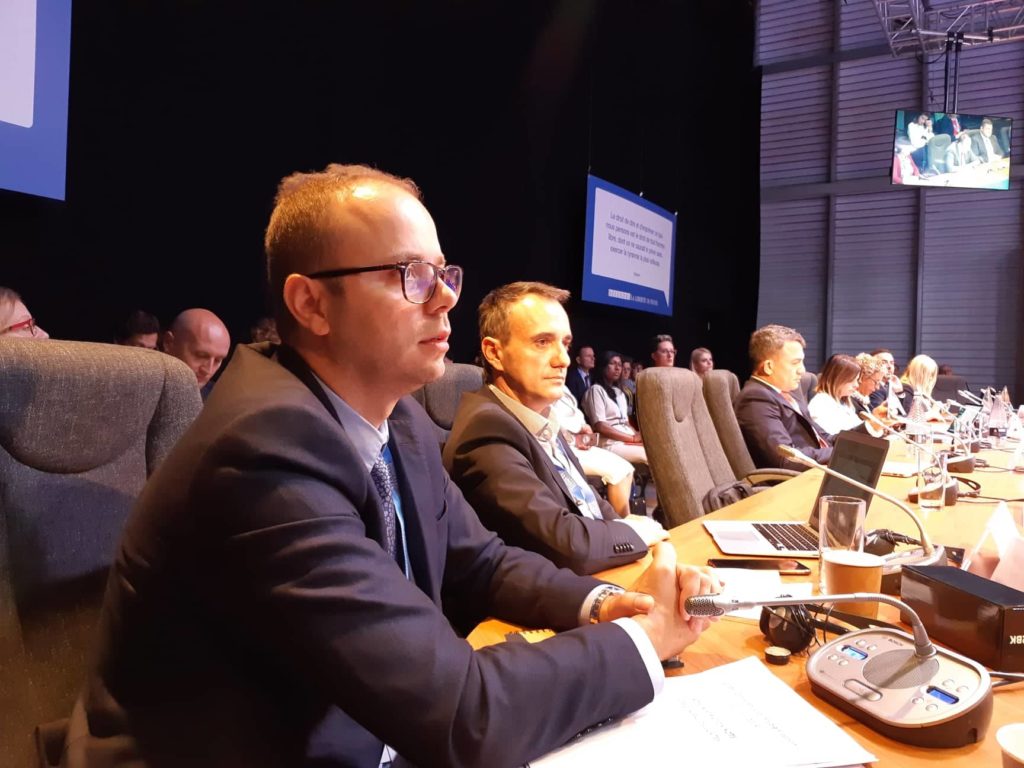 The President of the Association of Journalists of Macedonia, Mladen Chadikovski and the Executive Director Dragan Sekulovski are taking part in the Global Media Freedom Conference in London. At the conference, representatives of non-governmental and international organizations, as well as numerous journalists and politicians from the region will present their views.

Chadikovski spoke at the opening panel of the global conference which was focused on Western Balkans countries and he explained the state of the media and freedom of speech in North Macedonia.

As main problem of journalists in our country and which hinders the freedom of expression, Chadikovski emphasized the impunity of cases of attacks on journalists. “This is a problem that has been going on for a long time and we are afraid that it can only encourage further attacks on our colleagues,” said Chadikovski recalling the recent attack on the TV21 journalist team in Arachinovo, where the prosecution failed to find a reason to initiate an investigation .

The second point on which Chadikovski spoke was the failure to implement the media reforms in the country. “Part of the most important processes such as the election of members of the new Council of the Media Regulator and the Program Council of the Public Broadcaster is still stuck in Parliament, and those are two main preconditions for reforming these two institutions.”

Chadikovski also spoke about breaking the corrupt links between political parties and media owners as a precondition for greater editorial, political and financial independence of the media. According to him, the previous government managed to buy their inclination by spending huge amounts of money from the state budget in the private media and put the media in the function of propaganda, which led to censorship and self-censorship among journalists.

“At the moment, we have a certain level of freedom of speech where everyone speaks freely, but I must emphasize that the independence of the media is still in question due to the fact that we have a small and corrupt media market. In a country of 2 million people, there are about 150 broadcasters operating on the market, less than 10 printed media and hundreds of online media. All these media operate on the media market, which is not worth more than 25 million euros annually. In such an environment, it is simply impossible to talk about the sustainability and freedom of the media,” said Chadikovski.

A meeting of the Journalistic Forum was held, speed up the reforms in the media