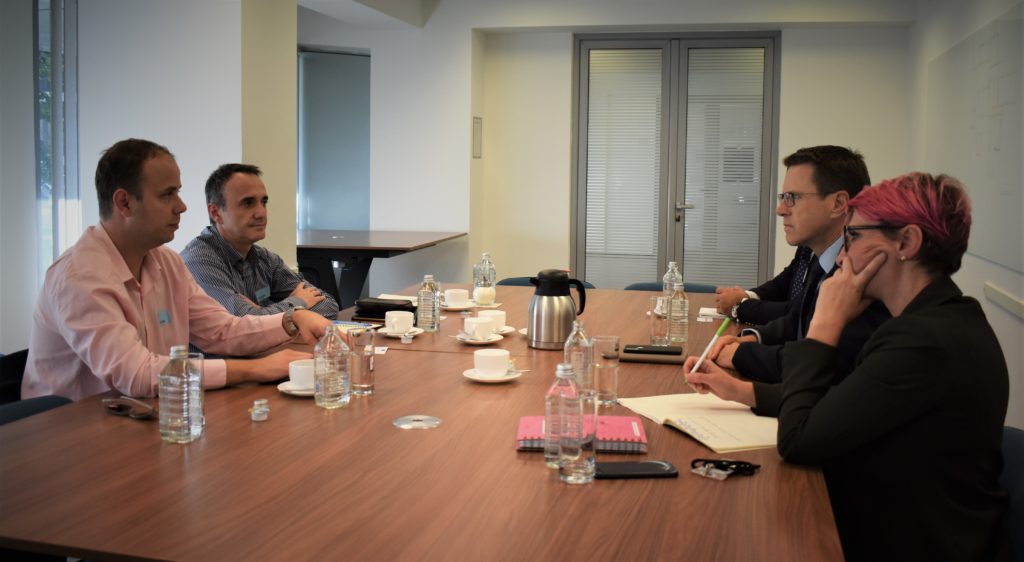 Representatives of the Association of Journalists of Macedonia yesterday had a meeting with the EU Ambassador Samuel Zhbogar. At the meeting they discussed several current issues related to the work of the media and journalists in North Macedonia, the media reforms, and the work of the relevant institutions.

One of the most important topics was the inability of the Public Prosecutor’s Office to solve up cases of attacks on journalists, as well as the investigations recently launched against several media which required journalists to disclose their sources of information. Chadikovski said that this was unacceptable for a democracy which aspires to be European and reminded that the Constitution guarantees the right to protect the source of information in the media and that this right is guaranteed in the Law for Media as well as in the European Convention for the Protection of Human Rights. They also spoke for the slow implementation of media reforms, and Chadikovski asked the ambassador to personally engage with the political parties in order to unblock the process.

The President Chadikovski noted that the election of members in the Council of the Agency for Audio and Audiovisual Media Services and the MRT Programming Council has been stuck within the Parliamentary Elections and Appointments Commission and all the deadlines have passed. According to Chadikovski, we cannot expect improvement of the situation in media environment without these two bodies being reformed.

Chadikovski also presented the latest project for self-regulation of AJM and the Council for Media Ethics of Macedonia (CCMM) which is focused on creating a professional online media register. The EU Ambassador welcomed the initiative and expressed hope that it will contribute towards the proliferation of high professional and ethical standards in online media.

AJM presented a manual on professional, safe and ethical work of cameraman in media