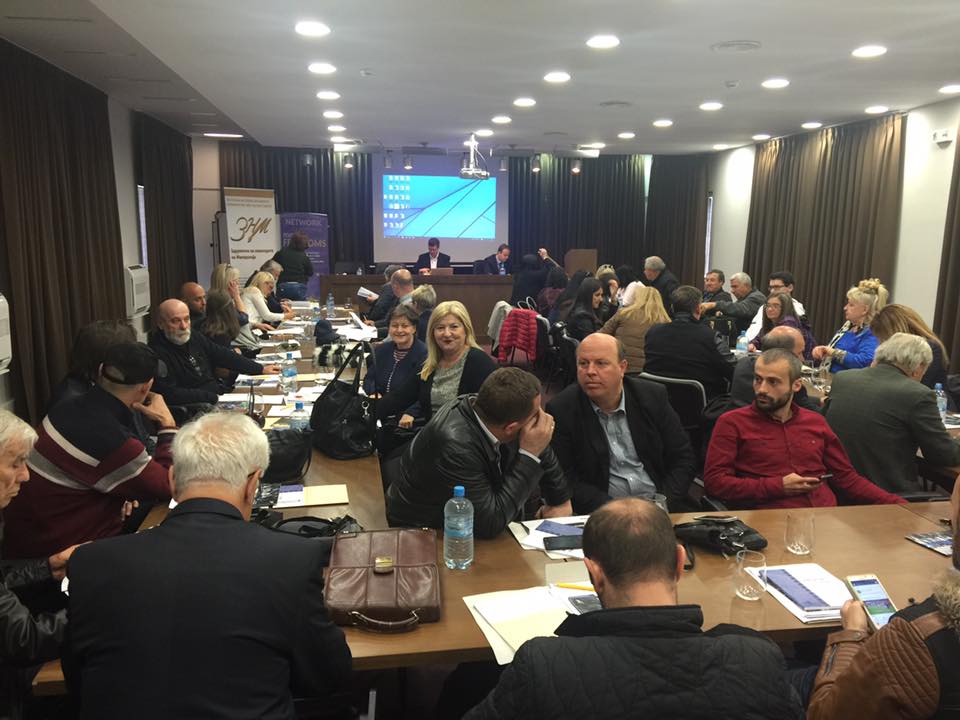 Journalists one more time raised their voice against the violence that’s been going on against them by the government. This was the message that the members of the AJM sent from Veles, where the second Assembly of the AJM took place. In the declaration, the journalists ask the persecution of their colleagues to stop and the journalist Zoran Bozhinovski to be released.

It’s unacceptable journalists to be treated as clay pigeons and to be constantly under various prosecution, is written in the declaration adopted by the Assembly.

Moreover, they judged all attempts for legal regulation of Internet portals. According to them, such a requirement aims to defocus the debate from the real reasons for the absence of media freedom in Macedonia. Online media have all rights and obligations as traditional media, according to the declaration.

AJM Assembly opposes the idea of regulating by law the media content. Journalists believe that journalistic ethics can only be subject to self-regulation of journalists and media.

They called for reform of the public broadcaster, Macedonian Radio Television, which should have institutional autonomy and independent editorial policy. “This goal can be achieved only if we professionalize and depoliticize the management bodies of MRT and if a stable and sustainable source of funding is ensured,” say the journalists.

Otherwise on the regular annual meeting, the leadership of AJM submitted Annual Report of the Association in 2016 and a financial report. After the constructive debate, members of the Assembly adopted two reports, with certain proposals in favor of improving the work of the Association.

The Government with money and violence is controlling the media