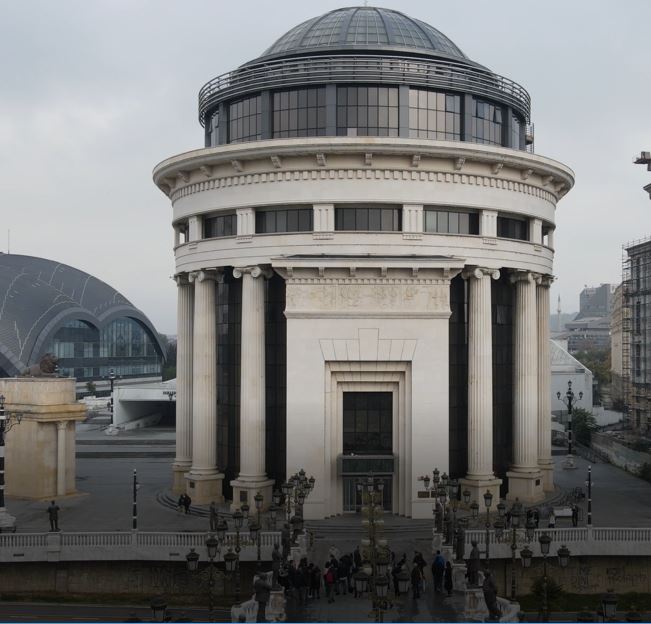 The Association of Journalists of Macedonia (AJM) is asking the Basic Public Prosecutor’s Office (PPO) in Skopje to dismiss the criminal charges against journalists Goran Momirovski and Dragan Milosavljevikj filed by the Intelligence Agency. Some time ago, Momirovski and Milosavljevikj were invited to testify at the Public Prosecutor’s Office, and the reason for this is the show that was broadcasted on TV Alfa entitled “Fall asleep if you can” on January 11, 2021.

We point out that criminal prosecution of journalists for acts punishable with several years in prison, especially by security structures, could further jeopardize the already fragile freedom of expression in our country. Such actions can be interpreted as pressure on public criticism, especially considering that this show was broadcast in January 2021, and those concerned were called to testify at the Public Prosecutor’s Office in late November 2021 or almost nine months later.

We appreciate that journalists have the right and obligation to deal with topics related to national security, fully respecting the ethical and professional standards in their work and following the public interest.

If the Intelligence Agency or any other institution is dissatisfied with the manner journalists or the media report on their work, we encourage them to use self /regulatory mechanisms.

Filing a complaint with the Ethics Council or the Honor Council is the best way to determine if the reporting is in line with the Ethical Principles and Standards of the journalistic profession.

AJM and SAO workshop: “Cooperation between journalists and auditors as a prerequisite for ethical reporting on topics related to public funding”

AJM demands immediate clarification of the incident at the Medical Faculty

SSNM and AJM: The termination of the sports newsroom is one another pressure on the journalists in TV Alfa