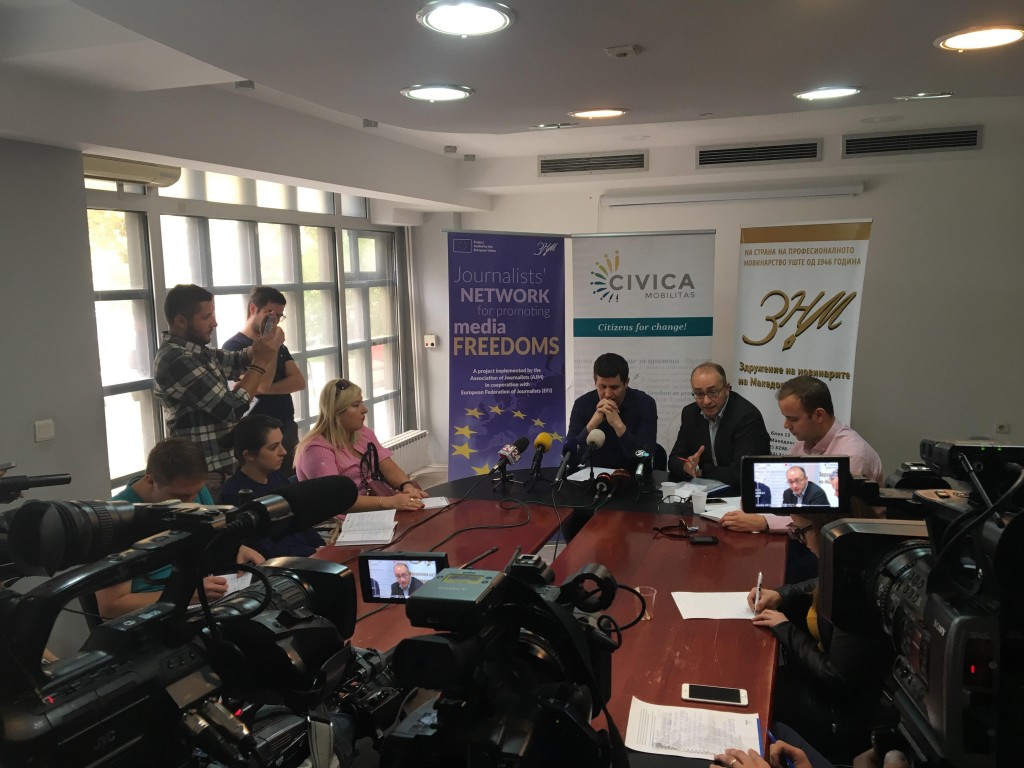 The detained journalist Zoran Bozinovski, on the 14th September informed management of the prison in Suto Orizari and the court that he will begin a hunger strike. The reason for this decision is the unjustly extension for the detention and the turn and delays in the judicial process. After six months of his extradition to Macedonia the process can not start. Bozinovski in a letter to the prison asked the court to send notice to his lawyer, and the Ombudsman.

But until today, the prison authorities and the court news that Bozinovski is on hunger strike have not been shared with his lawyer and the Ombudsman, with the apparent intention to hide this information from the public.

We are very concerned about the health of Bozinovski, which has been steadily deteriorating since in the past seven days he refused to take food and water. In a week on hunger strike he had lost 20 kg, twice daily receives infusion in order to hold his health in check. His lawyer stated that he is determined to go all the way, or the judge will release him from detention or die in prison! He is convinced that in detention there are no facilities to prepare the defense.

We call on Judge Sandra Krstic to immediately terminate the detention of fellow Bozinovski, otherwise we would personally consider her to be responsible for the possible consequences for the wellbeing of our coleague incurred due to the continuation of the hunger strike.

We also urge the Ombudsman Office to visit Bozinovski in prison and to ascertain his health condition and timely to warn of the consequences if the institutions fail to act appropriately to the situation.

We are strongly supportive of the request to abolish detention for Bozinovski and understand his dissatisfaction how existing institutions act in his case. However I ask you to stop the hunger strike because in this situation the most important thing is his health.

We reiterate that the detention of Bozinovski no longer serves as a measure of security, but as a punishment; Obvious are double standards of the judicial authorities, who easily determine custody for a journalist, but stubbornly refuse to impose the same measure, when suspects are former government officials.

If the court concluded that Former Prime Minister Nikola Gruevski from the position of leader of the ruling party can not influence witnesses and investigation, even smaller are the possibilities a journalist to influence vitneses. If the court believes that former ministers suspected of 15 serious crimes will not leave the country even less likely is a journalist to evade justice.

No doubt that Bozinovski has exposed the political process by the government to silence a journalist and discipline others. With persecution of journalists, Macedonia will never be free, democratic and a “European country”.

Statement by the President of AJM Naser Selmani

Condemning the threats against journalist Mislimi by minister Ahmeti

While Bozinovski is on hunger strike, the court is stalling