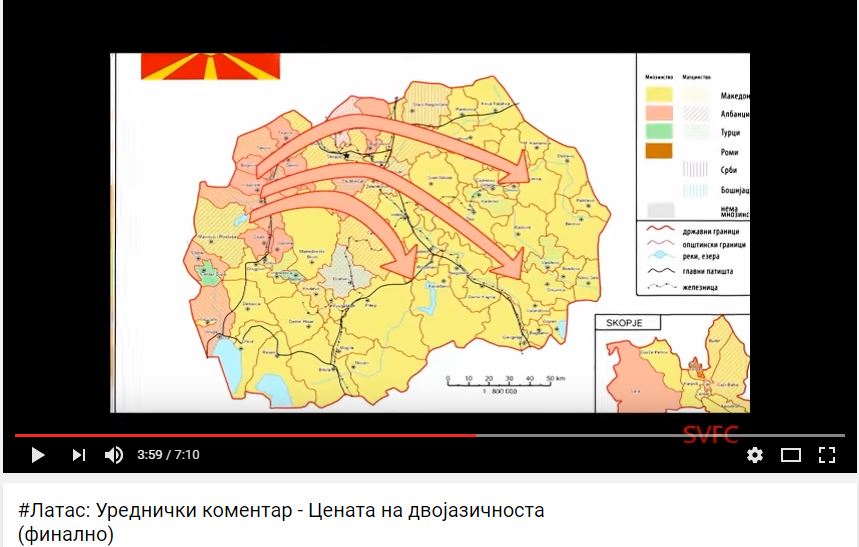 Agency for Audio and Audiovisual Media Services (AVMS) found that TV Sitel had spread hate speech and encouraged discrimination against Albanians in Macedonia.

This has been confirmed by AVMS through a surveillance conducted during the election campaign from second to fifth in December 2016 when the TV Sitel editions of the journals from 19:00 and 23:00 hours published a series of stories and editorials devoted to bilingualism and canonization of Macedonia.

In the report the Agency concludes that on TV Sitel during the election campaign there was hate speech in order to achieve a political objective through discrimination, one-sided information and intimidating the public.

According to the Agency, TV Sitel exposed the Macedonian public, imposing opinion, manipulating information and intimidation in the loss of jobs, loss of state, tensions and wars in order to produce a sense of danger for Macedonians and other ethnic minorities from Albanians which are presented as enemies.

AVMS believes TV Sitel knowingly used hate speech and abet discrimination and repeated several times, using the power and the impact of television to incite violence against them.

The supervision is conducted in accordance with Article 48 of the Law on Audio and Audiovisual Media Services Directive and Article 3 of the Law on Prevention and Protection against Discrimination, which expressly prohibit hate speech and discrimination.

According to AJM the report with the findings publicly available on the Agency’s website, it has already been submitted to the Public Prosecutor’s Office and the Commission for the Prevention and Protection against Discrimination.

The Association of Journalists of Macedonia expects the Public Prosecutor’s Office and the Commission for the protection and prevention of discrimination to seriously consider allegations made by AVMS and make the appropriate decision. We remind that the European Court of Human Rights in Strasbourg in its judgments clearly concludes that such a mode of expression is the negation of freedom of speech.

The extraordinary finding of AVMS for TV Sitel is observed during the monitoring of the work of the media regulator AJM conducted under the project entitled “Network of Journalists for media freedom in Macedonia”, funded by the EU IPA program.

We urge the incident with the journalist Miloshevski to be resolved

AJM expresses solidarity with the demands of MPM journalists