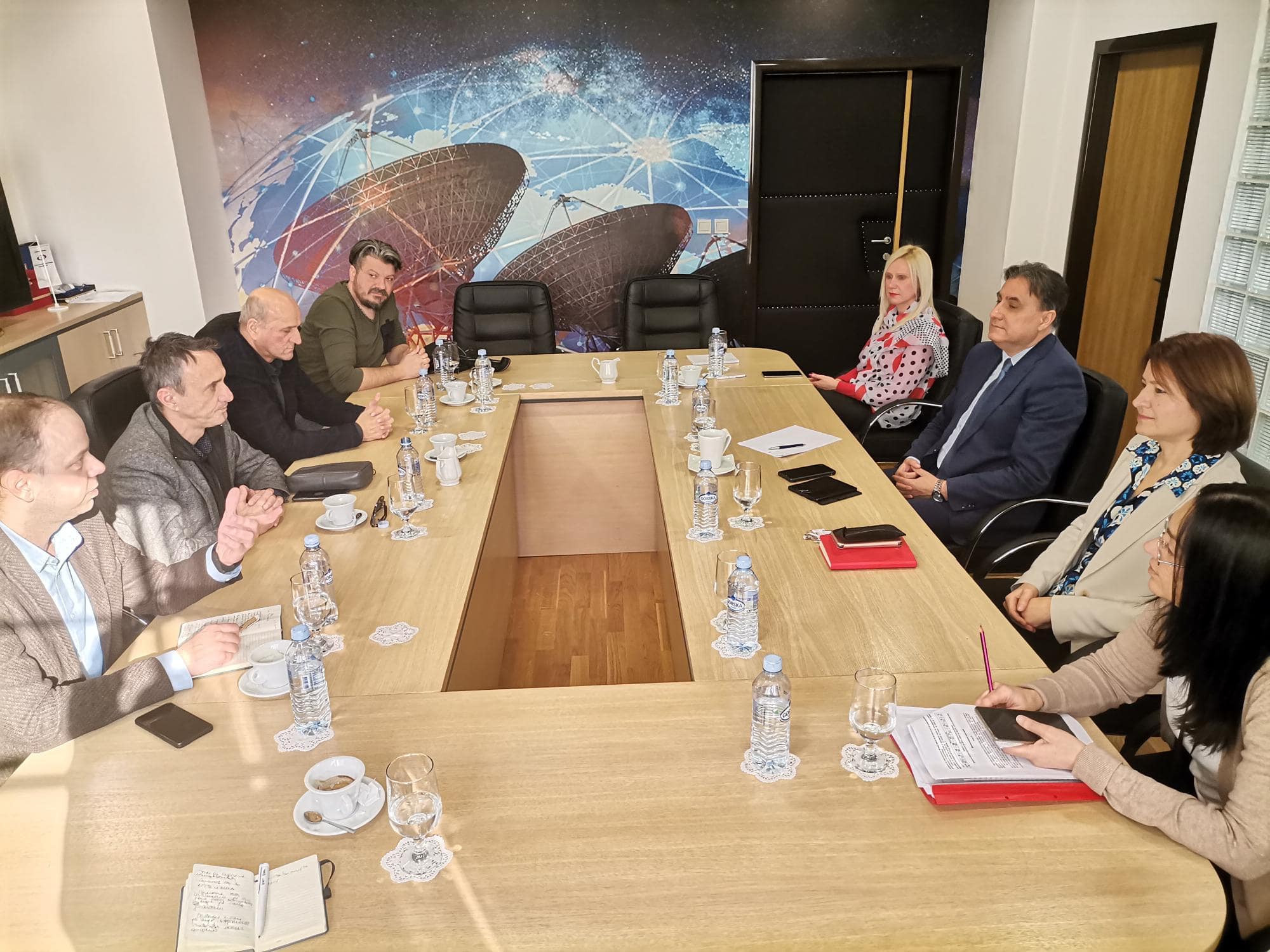 On the initiative of the Association of Journalists of Macedonia (AJM), a meeting was held with the director of the Agency for Audio and Audiovisual Media (AVMU) Zoran Trajchevski, and part of the expert service of the regulator.

During the meeting, two main points were discussed: the first was a request to reduce the fees of local and regional media to the regulator, and the second point was the problem that has been current for years, namely the lack of a correspondent network of the national concessionaires.

Chadikovski referred to these two points as real problems that we have been facing for years, looking for a way to jointly solve them, the reason for which the meeting was requested and held.

“We, as AJM, are in constant communication with our colleagues from the local and regional centers and we know exactly what they face on a daily basis, not only the media whose survival is threatened, but also all the media staff employed there. We undertook the obligation to defend them before the institutions. One of the requests is to reduce the fees to the AVMU of the local and regional media, and the second request that arose from the conversations with the colleagues is the problem with the correspondents. It is not acceptable that national televisions do not have correspondents who report outside of Skopje, that is, there is no interest in reporting on topics of local public interest. It is necessary to reduce the gap between journalists and cameramen who work in other cities and colleagues who work in Skopje. According to AJM’s analysis, there are media that do not have a single correspondent, some have two or three, the fact is that the need for this is much greater” – said Chadikovski.

AJM requested information from AVMU if there is a way to change the situation in terms of reducing fees and at the same time, how can the national concessionaires be encouraged to improve the practice of informing the public about topics of a local and regional nature.

In terms of work permits, the compensation given by the media to the regulator in 2018 decreased by 30%, while last year the decrease was up to 50%. The financial difference that AVMU needs due to the reduction is supplemented by the Government. As they say, the problem is much wider due to the fact that the regulator does not have the possibility to reduce them more than now or to abolish them, because in that way a financial loss will be suffered, which on the other hand will have to be covered by the Government and that is currently unfeasible.

The conclusion of the meeting is that AJM and AVMU will continue to consider ways to facilitate the work of local and regional televisions and radios, as well as that AJM will submit an initiative to amend the regulations of the regulator in order for national televisions to have an obligation to hire correspondents who would they reported on issues of local public interest.

Mladen Chadikovski, Dragan Sekulovski, and Biljana Nasteska Kalanoska attended from the executive office of AJM, then Dimitar Micev from TV Channel VIS from Strumica and Nejat Aqifi from TV Festa Kumanovo, a coordinator from AJM for this region.

AJM: Media promotion of the MFA with public money is against the ban on government campaigns