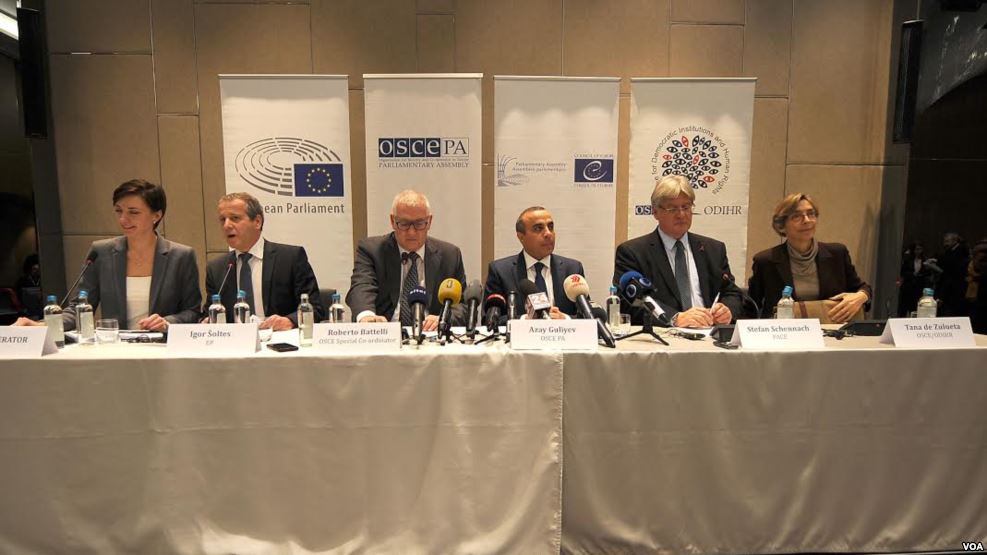 Association of Journalists of Macedonia welcomes the preliminary findings of the International Election Observation Mission of 11 December in Macedonia, which clearly conclude that the parties did not fulfill the obligation of the Przino agreement for substantial reforms in the media.

International observers confirmed the view of AJM that journalistic ethics in the media can not be imposed with penalties. They rightly concluded that national TV Sitel, Kanal 5 and Alfa did not provide balanced and unbiased reporting in its news. Although evenly divided media space among the participants of the election, they repored with a positive tone for the government and for the opposition usually negative, with which those media openly supported the ruling party VMRO-DPMNE. Also, cases are noted of these national televisions for transmitting questionable information from the Internet as a political news.

Moreover, all the failed attempts of the media to hold discussions with all key stakeholders in the electoral process, due to the refusal of candidates to participate in them.

Observers rightly assessed that the new legal solution for the media is not effective because of its non-compliance and the unclear mandate of the temporary committee to monitor media reporting hundred days before the election. They said that although the Commission has proposed 57 infringement procedures against the media for uneven reporting, hidden campaign of government officials and paid political advertising, the court declared only two cases and dismissed them as unfounded.

Observers stressed the emergence of self-censorship and lack of editorial independence of the media, where the reason cited political and business interests of the owners of these media. While there was a case in which representatives of the government DUI intimidated a news editor.

A preliminary report of OSCE for the election can be found on the following link:

Condemnation of the verbal violence of the authorities against journalists