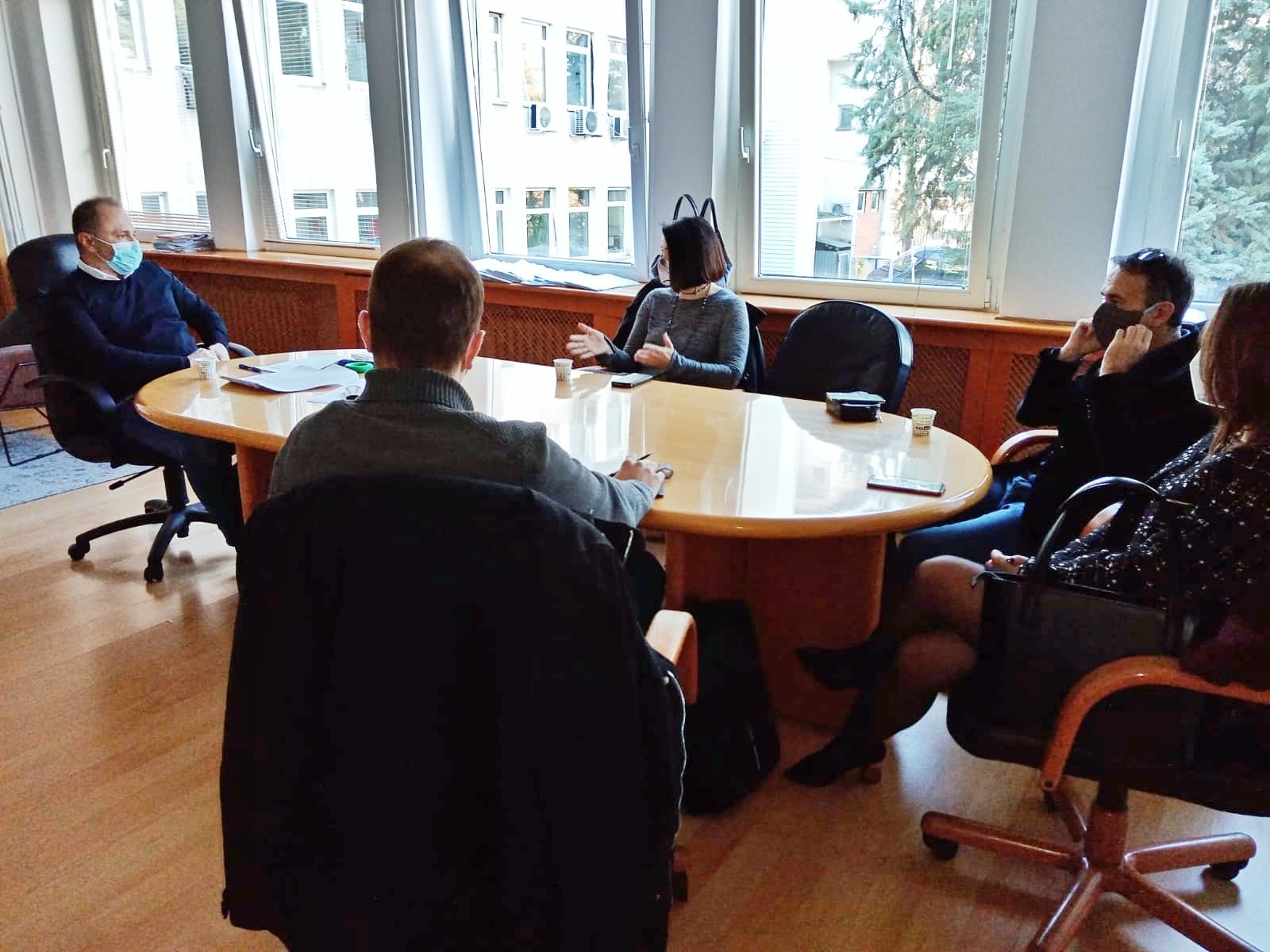 The incidents with the prevention of journalists near the City hospital  “8th of September ” in Skopje are being investigated, and there is no decision to restrict the work of journalist teams near the public health institutions.

Today, by the request of the Minister of Health Venko Filipce, a meeting was held with representatives of the Association of Journalists of Macedonia (AJM), the Independent Trade Union of Journalists and Media Workers (SSNM) and the Council for Media Ethics of Macedonia (CMEM), on the occasion yesterday’s reaction of AJM and SSNM regarding the obstruction of the work of the journalists in the circle of the City hospital “8th of September” in Skopje.

At the meeting, Minister Filipce pointed out that there is no decision by the Ministry of Health to obstruct the work of journalists, cameramen and photojournalists in any public health institution in the Republic of North Macedonia.

In this context, the Minister added: “The incident that occurred in the past days at the City hospital “8th of September ” in Skopje which was not allowed a group of journalists to report from the entrance and parking lot of this hospital is isolated and measures are being taken to, to be clarified and to be held accountable by the persons who directly obstructed the work of the journalistic teams ”.

Journalists’ organizations representatives welcomed the decision of Minister Filipce to take future actions to resolve this case and added that only through cooperative and coordinated activity between the ministry and professional journalists will we have guarantees for accurate and timely information about the pandemic in the country.

At today’s meeting between the Minister and the journalists’ organizations, the previous misunderstanding was overcome, regarding whether there is a formal decision that can limit the public space where journalists work in front of public health facilities.

The Minister pointed out that journalists can and should film smoothly in all public places in front of the hospitals in order to provide professional reporting on the pandemic.

The representatives of AJM, SSNM and CMEM once again emphasized that journalists in their reporting should follow to the ethical standards, respecting the privacy of patients or their relatives, in accordance with the public interest.

In addition, the participants agreed that it is necessary to continue communication in the future in order to prevent similar situations that may adversely affect the work of journalists, but also health care facilities and medical staff.