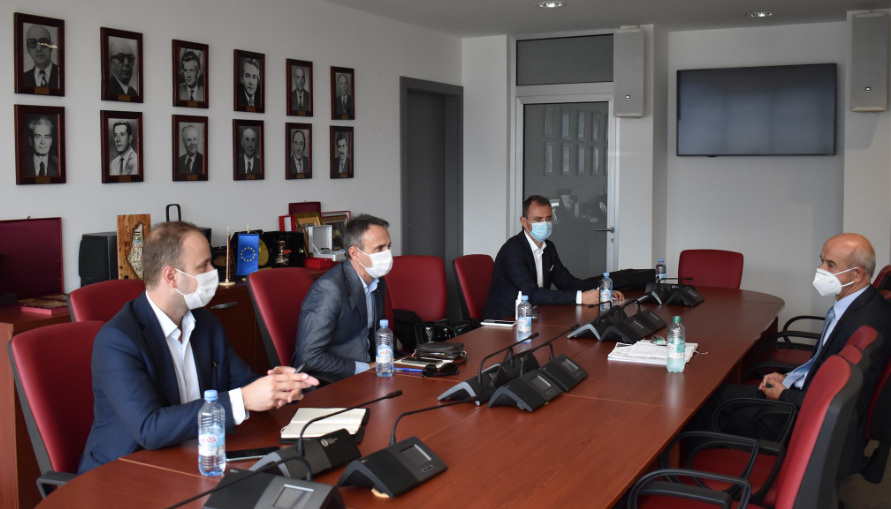 At the meeting were raised several issues related to improving the safety of journalists and media workers and how the Basic Public Prosecutor’s Office should be more active in prosecuting those who threaten journalists and violate their rights.

Chadikovski pointed to the growing trend of threats against journalists in 2020: “Since the beginning of this year in the AJM register of attacks on journalists, we have recorded 14 attacks on journalists, out of which more than half are against women journalists. In 2019, we had only 4 attacks in total and this negative trend should raise the alarm primarily in the Public Prosecutor’s Office, especially considering that according to our records there is not a single indictment filed against the attackers.”

The representatives of AJM demanded greater proactivity for these cases by the prosecution, and proposal was made to establish special unit in the prosecution to prosecute attacks on journalists and media workers. “The task of this special unit is to investigate not only the violations of journalists’ rights this year, but also the older cases, because only in that way the negative practice of impunity that is currently present will be improved,” said Director Sekulovski.

According to Joveski, in the coming period the BPPO will strive to check the cases registered by AJM for attacks on journalists and will discuss internally the request for the establishment of special unit.

Lawyer Medarski, in his capacity as AJM’s legal representative in the case of illegal wiretapping of journalists, asked the State Public Prosecutor for assistance in providing evidence that the telephone numbers used by journalists during the critical period were subject to unauthorized wiretapping. This support from the Public Prosecutor’s Office for this procedure is necessary in order to further argue the lawsuit on behalf of the journalists whose rights have been violated in this case.

No for the paid political program from public money