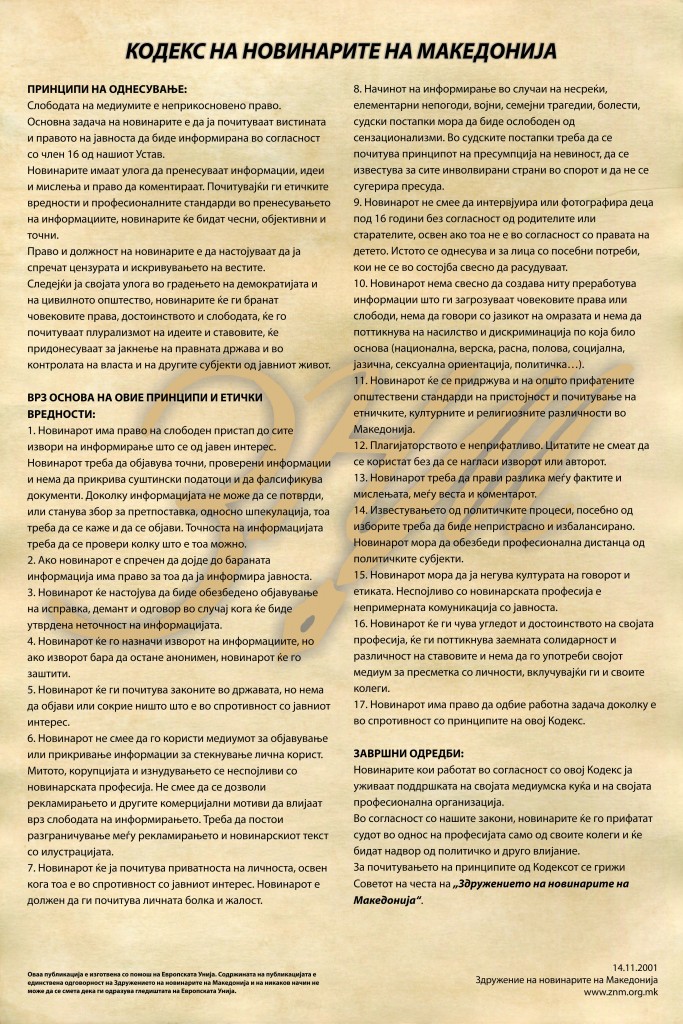 The AJM Code of Ethics was adopted in 2001 and was first distributed to all media in the country. Due to recent developments and upcoming local elections, the need for its re-representation emerged.

As in other professions, as well as in journalism, ethical principles based on the organization’s core values and the standards to which the professional is held. By respecting these 17 principles and ethical values, journalists take responsibility for the information they transmit, regardless of medium.

Also, the AJM believes that it can contribute to the fight against bad news, media propaganda, and the promotion of ethical standards in reporting.

The Code of Journalists of Macedonia was developed in six languages ​​(Macedonian, Albanian, Turkish, Vlach, Romani and English) and will be delivered to all media according to the language in which they operate.

This activity is part of the project titled “Network of Journalists for Media Freedom” and funded by the European Union and the institutional grant Civica Mobilitas, program for supporting civil society by the Swiss Agency for Development and Cooperation. The content of the publication is the sole responsibility of the AJM and in no way can be considered to reflect the views of the European Union.