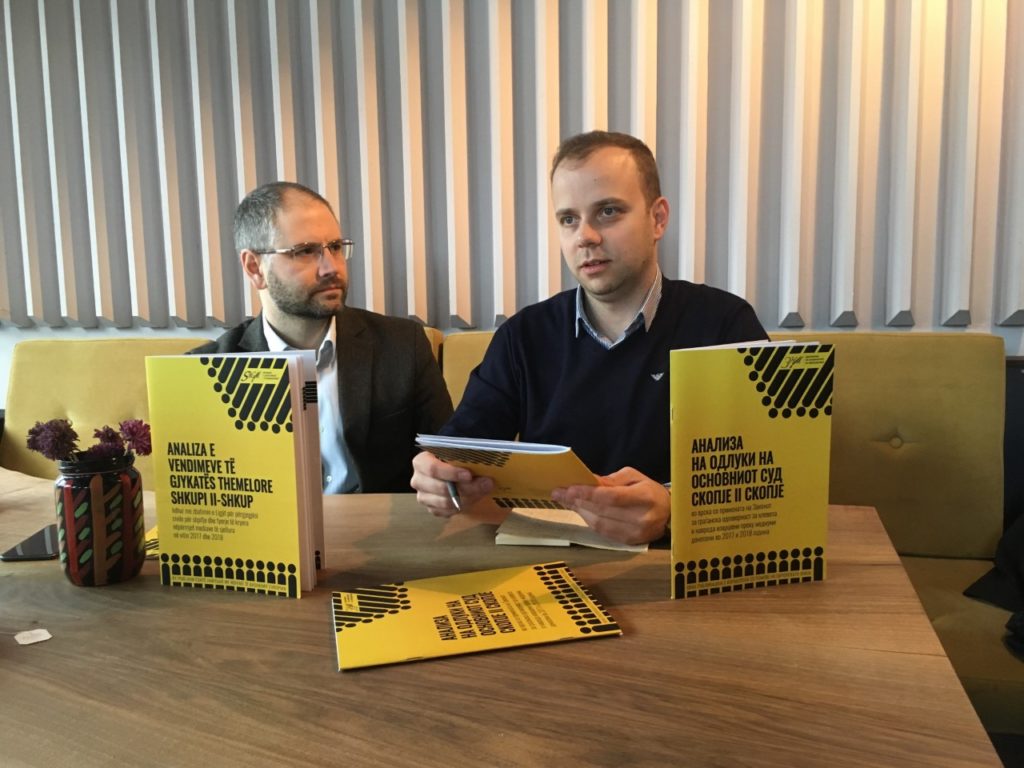 The Association of Journalists of Macedonia promoted the publication “Analysis of the decisions of the Basic Court Skopje II Skopje regarding the application of the Law on Civil Liability for defamation and insult done through media in 2017 and 2018”.

The Executive Director of AJM, Dragan Sekulovski spoke at the promotion and he explained that in this publication subject to analysis are the decisions of the Basic Court Skopje II Skopje adopted in the period from October 2016 to January 2018.

“The analysis was made on the basis of data from 14 first-instance decisions, taken from the website of the Basic Court Skopje II Skopje. The decisions were adopted in the period from October 2016 to January 2018 and are anonymized, ie they do not list the personal data of the plaintiffs and defendants, in accordance with the obligation to protect personal data,” he said.

According to Sekulovski, the most important conclusion from the analysis is the fact that judges dealing with these cases properly apply the law and respect the rights of both parties in the procedure, but there are formal omissions in certain stages of the procedure that are not influenced by the adoption of legitimate and correct decisions. “Also, the length of the procedure and the intervals between the scheduled hearings confirm the ultimate inaction of the courts,” Sekulovski said.

You can read the analysis on the following link.