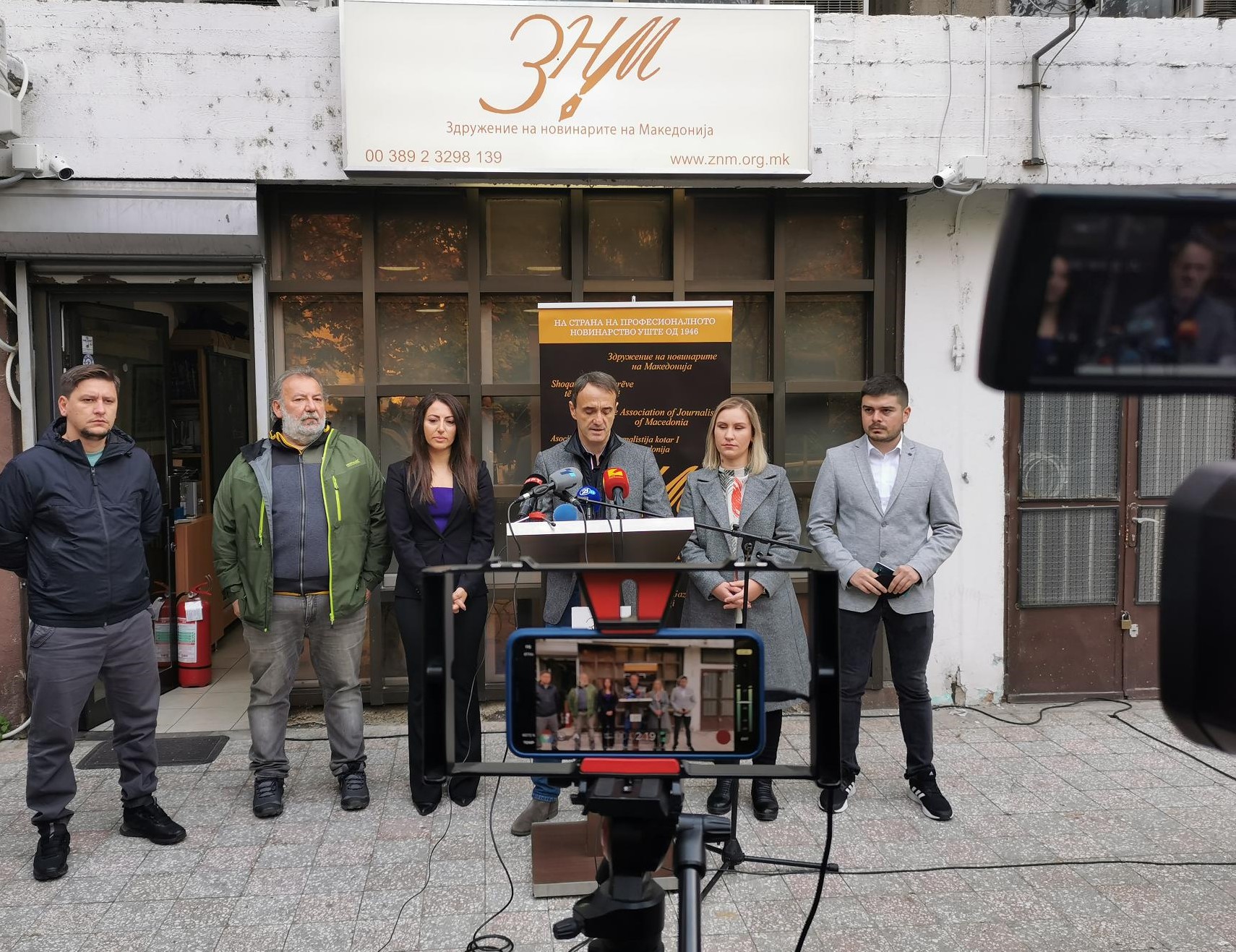 The latest incidents that occurred during the election campaign against journalists need to be investigated and more importantly, not to be repeated – this was the topic of a press conference held today at the Association of Journalists of Macedonia.

“Over the past days and weeks, we have witnessed multiple, severe insults, attacks, verbal harassment, endangering the integrity and safety of journalists. We organized this press conference only a few days before World Day against Impunity for Attacks on Journalists because we feel that the election process has brought too many emotions that have turned into unacceptable attitudes on the part of some political actors, election participants, candidates, party exponents and party activists.”

In several separate incidents, journalists were discredited and insulted at party rallies or gatherings, which directly reflected on the work of colleagues Xhumadije Ibraimi from Klan TV, Salije Sadiku from TV 21, Ferikan Arifi from Euronews and others. AJM registered derogative speech of the SEC President towards the journalists during the press conference, who later apologized, photojournalists and cameramen complained about the attitude of some of the SEC municipal commissions chairpersons who interpret public space as private property, other colleagues journalists are complained on threatening tones from politicians and exponents of party campaigns. The created atmosphere is warning and must stop immediately. It is not about one party or candidate, but about different political provenances, said from AJM.

Euronews journalist Ferikan Arifi addressed the media and said that precisely because she was a victim of verbal attacks, she feared that they could turn into physical attacks. She called on the competent institutions to react in a timely manner, to clarify the situation so that there is no recurrence of such or similar situations.

The event was also addressed by the journalist Xhumadije Ibraimi from TV Klan, who also stressed the seriousness of the situation in which she found herself. Namely, the journalist was slandered and blackmailed by the Alliance for Albanians candidate for mayor in Tetovo, Vulnet Murseli. She called for tolerance and respect for her work, as well as the work of all journalists.

Complaints have been submitted to the Ministry of Interior and the SEC for all reported events so far related to attacks on journalists during the election process. AJM appeals to prompt reaction and the respect of the work of journalists. The political actors should respect the journalist as a person, not only during the election campaign process, but also in the future. The event was attended by the President of AJM, Mladen Chadikovski, journalists Ferikan Iljazi Arifi, Xhumadije Ibraimi, Jovica Paunovski, Furkan Saliu, and photoreporter Robert Atanasovski.

AJM: Condemnation for the attempts to discredit the journalist Xhumadije Ibraimi from TV Klan