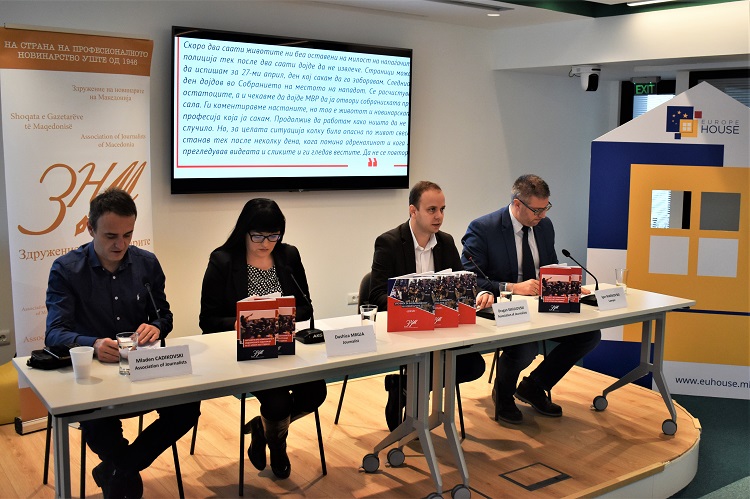 The President of AJM, Mladen Chadikovski spoke at the promotion of the publications, and said that the public, citizens and political parties should understand that journalists should not and must not be attacked for performing their professional tasks. “On the other hand, the institutions of North Macedonia, and in particular the judicial authorities should have processed these attacks as soon as possible in order to protect our colleagues from future attacks, and to protect the democracy in our country,” he said. Chadikovski said that this year there has been a positive trend in terms of attacks on journalists. “However, next year we will have parliamentary elections, and this means that we will have nervous people, a tense atmosphere in society and in the public discourse, and this often results in violence against our colleagues. We appeal to the political parties to lead their political battles peacefully, by having quality debates and through better presentation of their programs, rather than through street clashes and attacks on journalists and a critical public,“ said Chadikovski.

On the other hand the Executive Director of Association of Journalists of Macedonia, Dragan Sekulovski said that AJM will not forget the unsolved cases of attacks on journalists, cameramen and photographers and will insist on judicial resolution. “In the future, we will continue to work with the MOI, Public Prosecution, courts and the Ombudsman in order to build an institutional system that will guarantee the safety of media workers,” said Sekulovski.