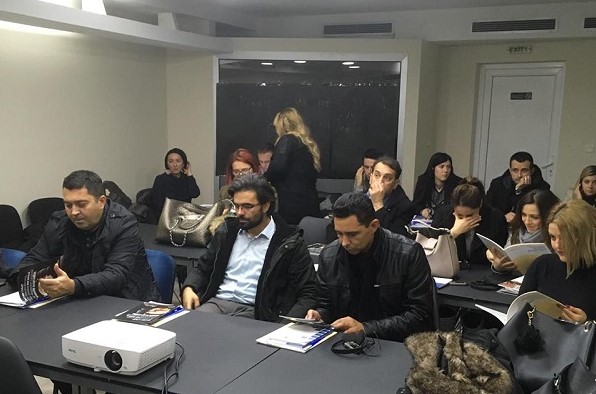 The Association of Journalists of Macedonia today presented the publication “The Application of the Law on Civil Liability for Insult and Defamation in the Judicial Proceedings Against Journalists“. Authors of the publication were the two experienced journalists Maja Jovanovska and Gordana Duvnjak.

This publication analyzed a total of seven court cases for which final judgments were passed. In all seven cases, the lawsuits were rejected as unfounded, ie the responsibility of the defendants for defamatory expression was not established. At the moment, according to AJM’s information, there are about 39 active cases against journalists in the courts, and they were not included in this publication, since no final verdicts have been made for them.

The Executive Director of AJM, Dragan Sekulovski spoke at the promotion of the analysis and he pointed out the aspects through which the seven judgments were analyzed. “The seven judgments were analyzed from several aspects: the length of the proceedings; the presentation of evidence by the judges; judge’s assessment of the balance between the public interest and the protection of the honor and reputation of plaintiffs; the manner and the extent to which judges in the rationale of the judgment refer to the case law of the European Court of Human Rights,” he said.

AJM had meetings with representatives of the European institutions

AJM awarded for special achievements within the CIVICA Mobilitas program