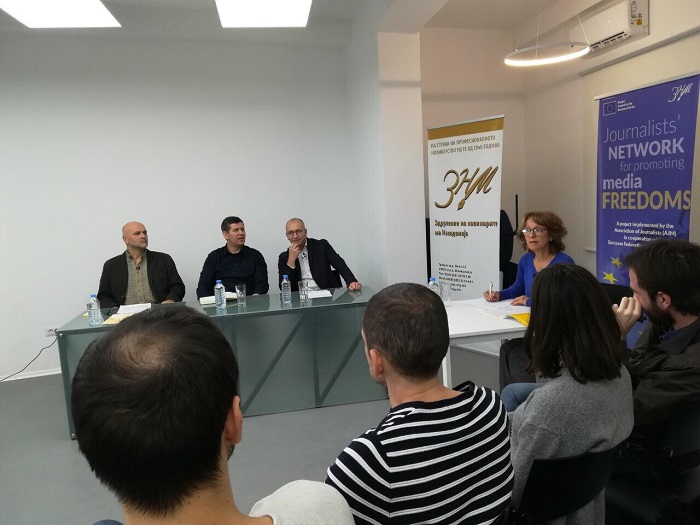 The Association of Journalists of Macedonia organized a debate on the topic: “Freedom of speech and legal framework” organized within the framework of the project “Journalists’ Network for Media Freedoms in Macedonia”. The debate took place in Skopje and participants on the event were the President of AJM – Naser Selmani, the former President of the Croatian Journalists’ Association (HND) – Sasha Lekovic and the Secretary General of the European Federation of Journalists (EFJ) – Ricardo Gutierrez.

The main goal of the debate was to give contribution to the public discussion on the necessary systematic reforms that need to be implemented in order to increase the level of media freedom and the safety of journalists.

It was concluded that the focus of the new government, as well as all other stakeholders, should be comprehensive reforms in the media sector, which implies changes in the set of laws relevant to the work of journalists and the media.

Only full implementation of these laws can contribute to creating a favorable and safe environment for journalists’ work, as well as improving the image of the country when it comes to the indexes of freedom of expression.

You can watch the whole debate on the following video.

Candidates for the Election Assembly of AJM