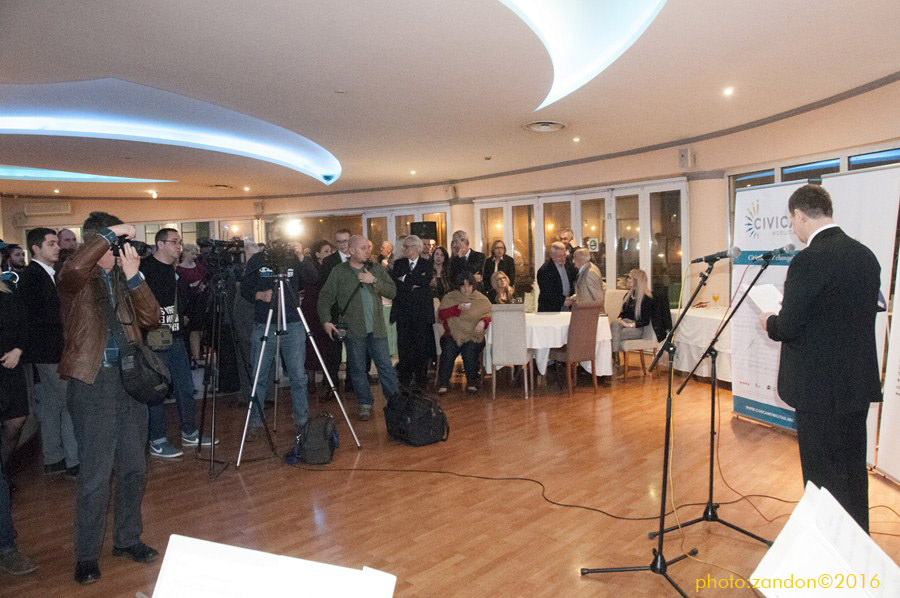 The Association of Journalists of Macedonia on February 19 marked the 70th anniversary.

The president of AJM, Naser Selmani on his opening remarks talked about the challenges and difficulties that journalists in Macedonia have face. He noted that unfortunately journalism and the media throughout years has undergone through all kinds of difficulties, and not always was easy to defend the rights of journalists and freedom of the media. He stressed that the only way forward is to follow the abide by the European Union standards and the Council of Europe recommendations on the freedom of the media.

Other speakers included retired well-known journalists, such as Ivko Pangovski who has been part of establishment of AJM, and Menduh Ajdini who was vice president of AJM in the seventies.

Traditionally, the event awarded the journalistic award “Krste Petkov Misirkov” for lifetime achievement to Atanas Kostovski.  He is a journalist with fifty-eight years of experience, known as the former editor and commentator of sports at MRT, with enormous contribution in the development of sports journalism.

The journalistic award “Yasar Erebara” for investigative journalism was awarded to Menche Atanasova Toci, a journalist from TV NOVA, and to journalist Svetlana Darudova, from the daily newspaper Dnevnik.

The event was attended by a number of prominent journalists, editors, media owners, our associates from partner organizations and prominent ambassadors.

Council of Honor for "The Agents" published in "Republika"