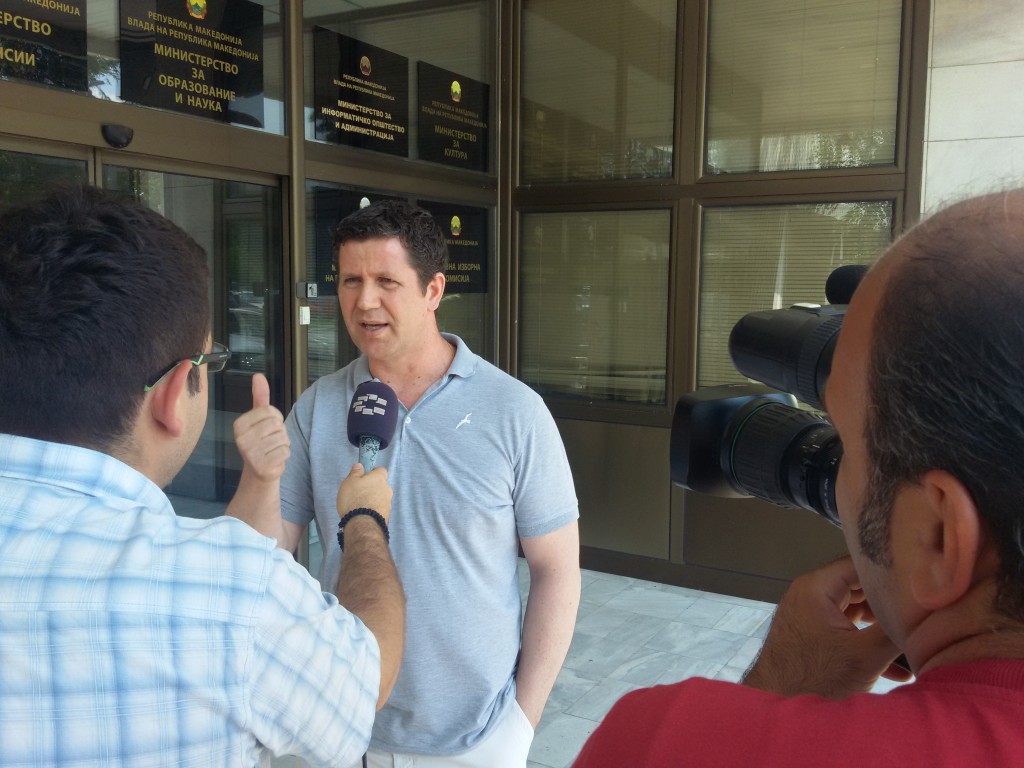 The Association of Journalists of Macedonia today participated at the briefing organized by the Ministry of Information Technology and Administration, on which Minister Marta Arasovska Tomovska presented the “Draft law on informative and marketing campaigns of public institutions”.

After the presentation held by Minister Arsovska representatives of AJM expressed their dispositions concerning the briefing and the draft law. The association refuses to participate in a material discussion on the concept of the law, due to the poorly organized meeting by the Ministry. The Draft Law was published on the website of the Macedonian Parliament just shortly before the meeting, on which not all stakeholders were invited. We requested, but did not get an explanation why on this meeting colleagues from the Journalists Union, the Council of Ethics, the Macedonian Institute for Media, the Institute for Communication Studies and other organisations were not invited. Minister Tomovska failed to protect us from the insults of directors of Kanal 5 and Alsat-M TV stations Ivan Mirchevski and Lirim Hajredini, who with inappropriate behavior threw themselves at us.

In addition, the Minister had no answer to whether this draft law is the result of negotiations by the political parties signatories of the “Przino” agreement or just the ruling parties VMRO-DPMNE and DUI. And whether the US and the EU which guarantee the agreement are aware and up to date with the process of developing the concept of the law. Arsovska-Tomovska tried to abuse reports by the international community selectively interpreting the parts that she agrees on neglecting other parts.

AJM’s general attitude was highlighted at the meeting, it is that such a law would legalize corruption in the media, a fact which was revealed by the so called “bombs” of the opposition. Thus government advertising will turn the media into a hostage of political and economic interests of the government and media business owners. Public institutions have an obligation to make available all information related to their work, and not to use tax payer’s money for daily promotion of government policies. Thus the media becomes a bulletin board paid with public funds.

Government advertising will have a strong impact on the media market, in which the government has so far been the biggest advertiser. This position gives the government the possibility to control the editorial policy of media and thus suppress criticism.

Instead of advertising, AJM proposes that the same funds that the government spends on media promotion to spend it on subsidizing the media, to improve the quality of media content, enriching political pluralism, support for minority media and training of journalists.

The association warned that with concepts as bad as these the situation with freedom of the media will further aggravate and fears that Macedonia will remain in the group of media unfree countries such as Belarus, Russia, and Turkey.