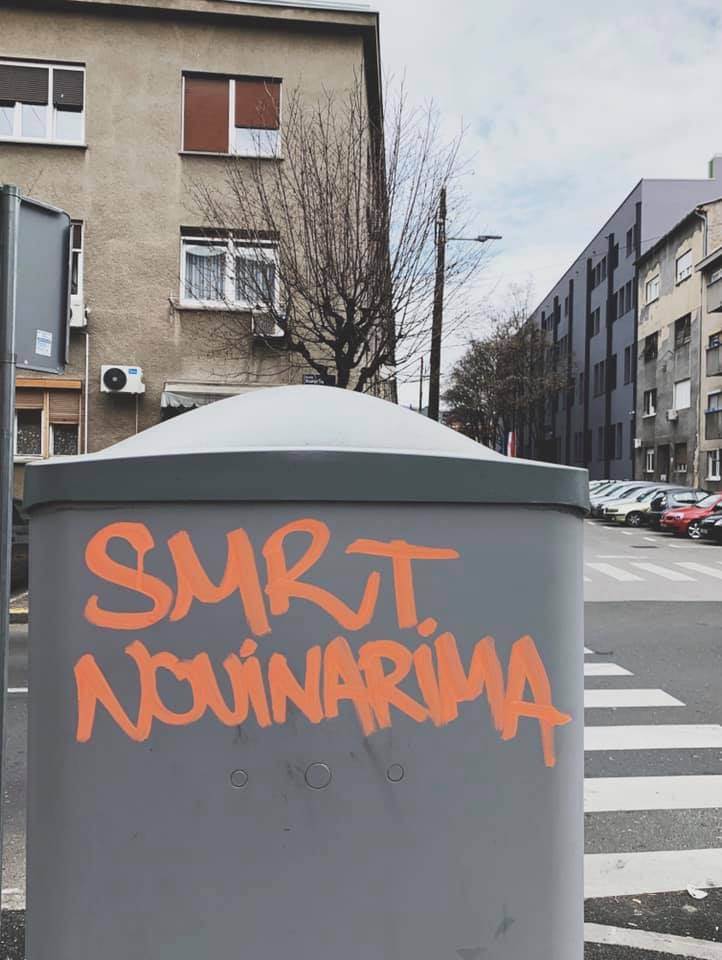 The Association of Journalists of Macedonia expresses solidarity and support of fellow journalists from Croatia who have recently been a frequent target of threats.

Namely, a few days ago near the building in Zagreb, which houses the editorial boards of H1 television, Net.hhr and Telegram, a threatening message was found for journalists. “Death to journalists” was the message that was soon erased by the authorities in Zagreb shortly after the police was informed about it.

This threat followed after Croatian journalists protested in the beginning of March against persistent threats to journalists, violence against them, as well as against pressure from authorities on media advertisers.

“We are overwhelmed by the numerous lawsuits and the prosecution, nowadays everyone can sue us in this country. Public institutions are waging a war against journalists. We live in a country in which they can condemn us for publishing true information,” said the president of the Croatian Association of Journalists (HND) Hrvoje Zovko, before the protest which took place under the motto” You took the media, but we will not give up on journalism.”

AJM asks from the high authorities of Croatia to condemn these horrific threats and to help to decrease the pressure and threats on journalists, as an attack on journalists is an attack on the public interest, democracy and the rights of all citizens.

AJM organized a training on topic: "Pеrsonal data protection and the media and sharing good practices for safe journalism"