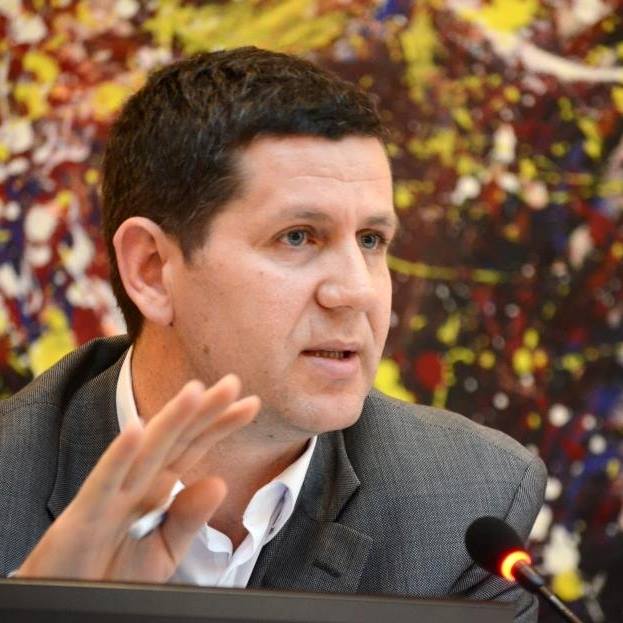 Today the President of the Association of Journalists of Macedonia Naser Selmani, on the session of the National Council for the European Integration had a speech on the new EU Progress Report.

Selmani said that it is clear to all that there is a progress was made, but we are still far from serious media reforms. He noted that the most important remark noted in the EU Progress Report is the policy of impunity for journalists’ attacks. “The most significant message, sent by the EC through this report, is zero tolerance for the physical and verbal attacks by journalists. In free and democratic countries, there is no place for beating and any form of intimidation of journalists, and when it occurs, institutions must have the capacity to conduct effective investigations to detect and punish the perpetrators,” Selmani said.

According to him, the EC recognized the need for a profound reform in the Macedonian Radio Television, especially in the area of institutional and editorial independence. “The capacity of MRT cannot be strengthened with less money. If the amendments to the AAVMS are adopted, the public service will have five million euro compared to 2016. Our dilemma is how it is possible to obtain independence with less money and at the same time open two new television channels and one radio channel with a 24-hour program,” Selmani said. He pointed out once again that if this year MRT does not start with the same amount of financial means like it had in 2016, its mission will be impossible.

Selmani urged the government to find mechanisms for stopping hate speech, which is noted in the report as a phenomenon. “We, as AJM, not only continuously warned about the negative consequences of this phenomenon, but we also submitted initiatives before the Public Prosecutor’s Office to prosecute persons who spread hate speech,” Selmani said.

He praised the government’s openness, but pointed out that this practice does not foster all institutions equally. “The government must find the strength to change the undemocratic practice of some of its officials because boycotting of journalists means they refuse to be accountable to citizens,” Selmani said.

At the end, Selmani welcomed the opposition’s participation in the media reform process and urged everyone to engage constructively in the ambassadorial debate on the Law on AAVMS.