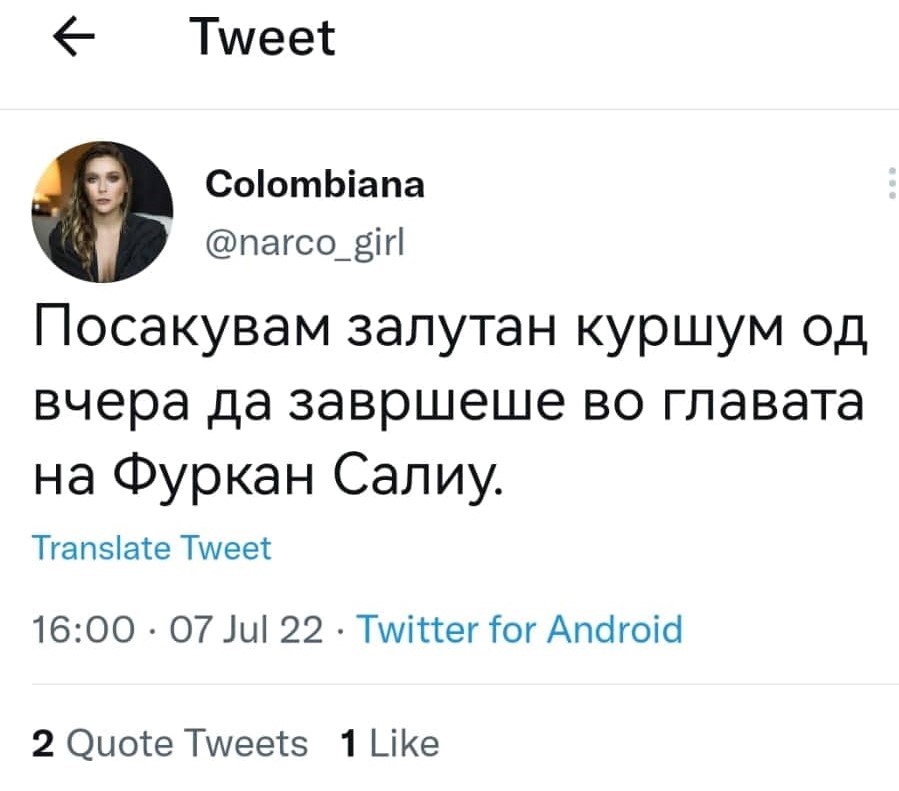 The Association of Journalists of Macedonia (AJM) demands an immediate reaction to the explicit death threat addressed to the journalist of TV Klan, Furkan Saliu, which was published today by a suspicious profile named “@narco_girl” on the social network Twitter.

The announcement indicates the following threat: “I wish a stray bullet from yesterday had ended up in the head of Furkan Saliu” It represents a direct call to kill the journalist Saliu, which threatens his safety.

AJM will report this direct threat to the life of journalist Saliu to the Ministry of Internal Affairs (MoI). At the same time will insist on a quick and efficient investigation in the interest of finding and sanctioning the author or authors of this threat.

We point out that threats to life are crimes included in the Criminal Code, for which a prison sentence is provided for the perpetrators, and the Ministry of the Interior and the Public Prosecutor’s Office should immediately investigate and process them in order to punish those who violate the law, but also to prevent possible such crimes in the future. Journalists who report on matters of public interest need to be protected when their safety is threatened, because otherwise, censorship and acts of hatred against media workers are encouraged.

AJM: Broken camera – the safety of journalists and cameramen must be guaranteed during protests