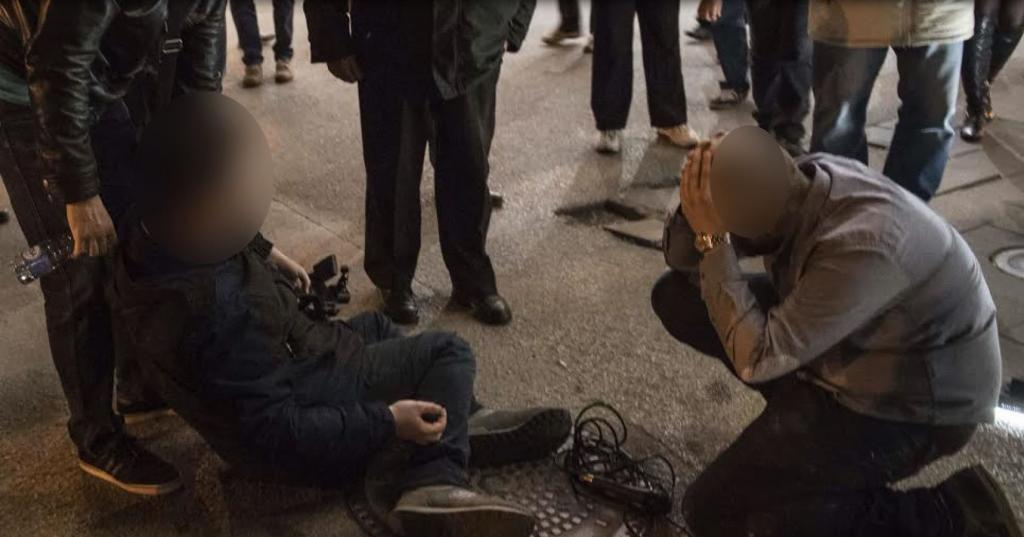 Association of Journalists of Macedonia strongly condemns the attacks on the colleagues of A1.on, the journalist and cameraman Alexander Todevski Vladimir Zhelchevski who last night were beaten by participants of the protest organized by the civil initiative “For mutual Macedonia.

We expect, the Ministry of Interior to quickly identify the violators and raise appropriate charges and sanctions against them.
Violence against journalists constitutes the most serious attack on freedom of media and denying the right of the public to be informed.

The policy of impunity for violence against journalists that the government is fostering in the last five years directly encourages such attacks.

We call on the leader of VMRO-DPMNE Nikola Grevski, to publicly condemn yesterday’s attack on journalists and to call on his supporters, in this case the protests, not to attack journalists.

As a sign of protest, because of the frequent attacks, we urge all Journalists not to report from tonight’s protest of the initiative “For mutual Macedonia”. In the future our position in respect to these events will depend on the readiness of the organizers of the protests and the Ministry of Interior, to provide working conditions for journalists.”

Journalists won their justice in Strasbourg

AJM condemns the campaign of intimidation of journalists