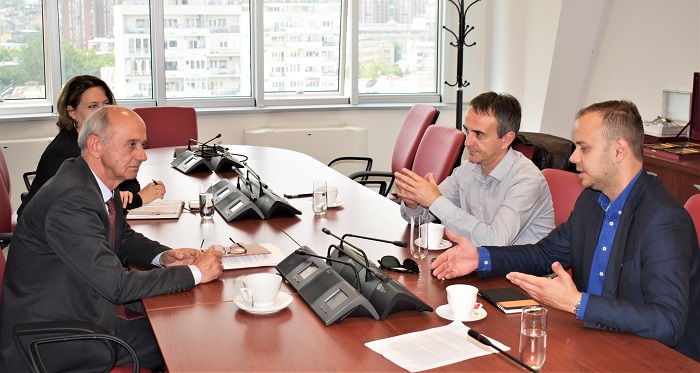 Representatives of the Association of Journalists of Macedonia met with the Public Prosecutor Ljubomir Joveski. At the meeting, several topics were discussed, including the court case of journalist Tomislav Kezharovski, the attack on the journalists of TV21 and the possible cooperation of the BPPO and the journalists.

The President of AJM Mladen Chadikovski demanded that the indictment against Kezharovski should be withdrawn after the Supreme Court returned his case for a retrial. Chadikovski said that this case has been damaging the image of the state in the area of freedom of expression for many years now and as such this case must be finished as soon as possible.

AJM asked the BPPO to initiate an investigation and investigate all the findings that were presented to the public in relation to the recent attack on the journalists from TV21, in which they were attacked by persons close to the mayor of the Municipality of Arachinovo.

Public prosecutor Joveski promised to review the cases of violence against journalists and will check all the findings presented to him at the meeting.

The leadership of the sports journalists section of AJM was elected