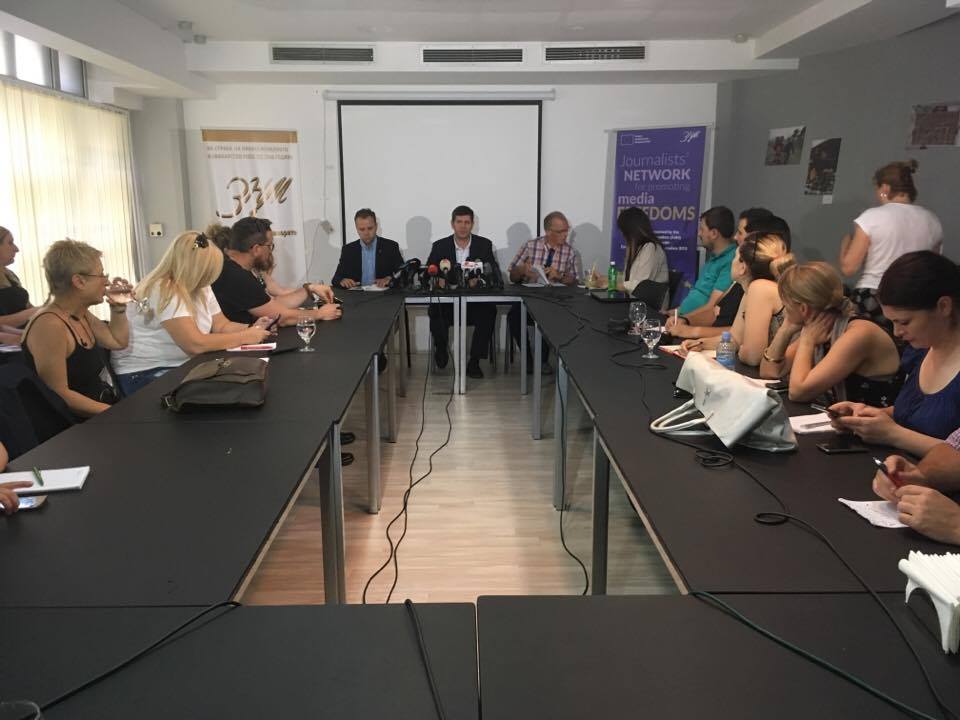 At today’s press conference, the President of AJM said that if the amendments to the law are in line with the Vanhoutte’s proposal, then AJM would support the process of adoption of the law. “We expect the government quickly and carefully to prepare the law. Now we do not have time to lose and to experiment. We insist that this proposal as it is passes to the Assembly, and in the next period we can open other issues that are important for freedom of speech and freedom of the media, ” said Selmani.

The European expert Piter Vanhoutte suggested that the Ministry for internal affairs should prepare a report for all the attacks against journalists and to bring the abusers to justice. He stressed that the practice of impunity must stop.

“It is absolutely unacceptable a journalist to be held in custody for three years”, said Vanhoutte suggesting on the case of the journalist Zoran Bozhinovski.”

He said that his proposal for urgent media reforms is a great base for serious progress in relation to improving the media legislative, which will strengthen the independence and professionalism of the Macedonian radio-television.

Vanhoutte came in Macedonia on invitation of the AJM so that the association thanks him for his contribution in the whole process and once again to reaffirm his commitment about how and in which direction the media reforms should be moving.

Training for journalists for writing projects