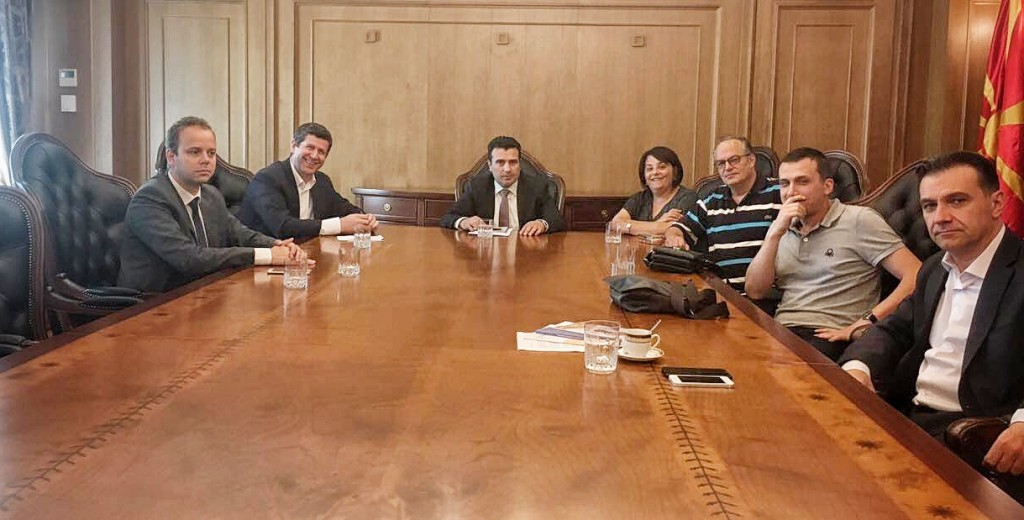 Today representatives of the Association of Journalists of Macedonia (AJM) and the Independent Trade Union of Journalists and Media Workers (SSNM) met with the Prime Minister Zoran Zaev. On topic of the discussion were the urgent media reforms.

The President of the SSNM, Tamara Chausidis and the President of AJM Naser Selmani, presented the priorities necessary for improving the situation with the freedom of the media.

The Prime Minister Zaev demonstrated his willingness and political will to end the practice of impunity and violence against journalists and to undertake all necessary legal changes to guarantee freedom of speech and independence of the media.

Specific solutions for media financing, public service reform, improvement of workers’ rights in the editorial offices and increasing transparency and accountability of institutions were offered from both journalist organizations.

AJM and SSNM agreed that they will continue working on strengthening professional standards and the concept of self-regulation in the media.

Strong condemnation for the death threats against Trichkovski

Call for release from custody of Bozhinovski