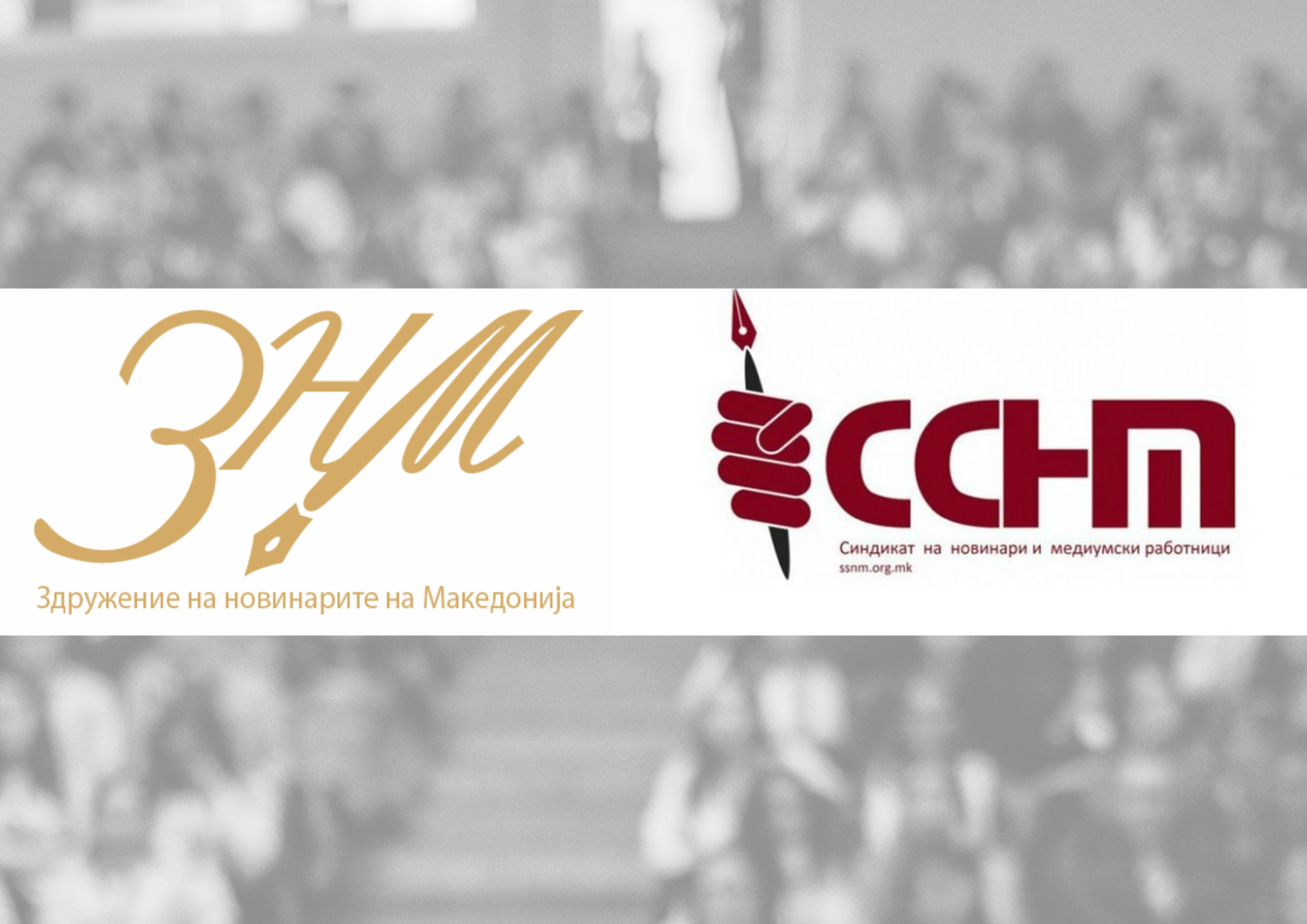 The Association of Journalists of Macedonia (AJM) and the Independent Trade Union of Journalists and Media Workers (SSNM) react to the actions of the Basic Public Prosecutor’s Office (PPO) and the Ministry of Interior (MOI), on this occasion related to Vesna Jovanovska-Dojchinovska, the editor at Telma Television.

A prosecutor at the Skopje Prosecutor’s Office opened a case on a report of hate speech of a citizen against another citizen. In order to investigate and substantiate the report with evidence, the Ministry of Interior issued an order to provide audio and video materials broadcasted by Telma TV and order for an informative conversation with the editor Vesna Jovanovska-Dojchinovska. The police looked for her on several occasions at her home address, but without giving details about what exactly, she should go to the police station.

Hence, SSNM and AJM assess as problematic the procedure through which the Ministry of Interior and the Public Prosecutor’s Office involve journalists when they act in cases without informing them why they are referring to official talks.

We emphasize that all international regulations, standards and recommendations indicate that when law enforcement agencies are already acting in a case involving a journalist, they should do so in a way that the powers taken should not have the effect of intimidating, threatening or restricting the freedom of journalists and the media. Additionally, the Ministry of Interior and the Public Prosecutor’s Office can do the least they can to get in touch and clarify the circumstances in a transparent manner, otherwise, this can seriously affect the conditions in which journalists do their job.

This case is another argument for why a special unit within the BPPO is needed to deal with cases and cases involving journalists and media workers. We remind you that the need for continuous education and improvement of the knowledge of prosecutors in the protection of journalists is an obligation of the state as a member of the Council of Europe.

We point out that if any citizen is dissatisfied with reporting in the media, the self-regulatory mechanisms are available. Any other form and legal possibility applied by the judiciary can lead to censorship and self-censorship, but also a particular form of intimidation and causing fear, which puts a black mark on democratic governance.