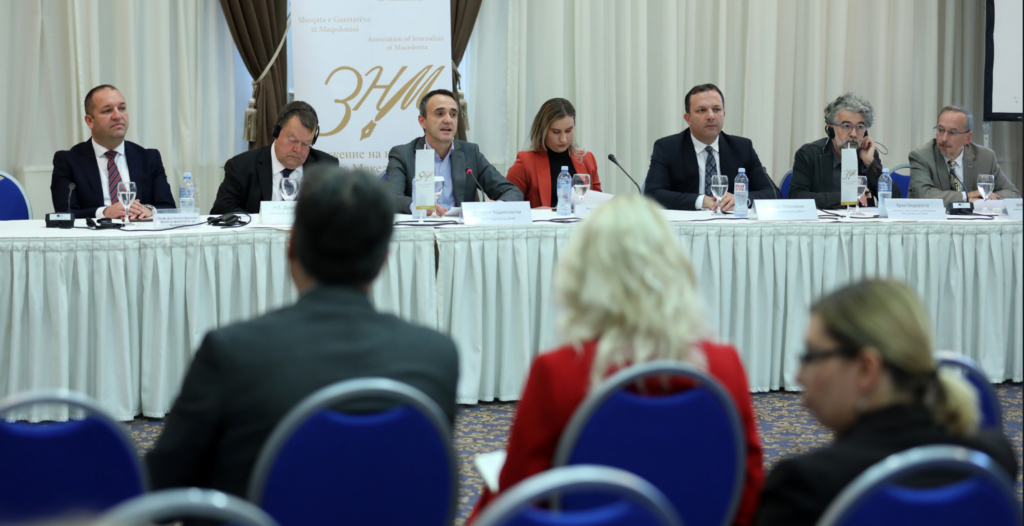 The Association of Journalists of Macedonia today in Skopje organized an event marking the International Day to End Impunity for Crimes Against Journalists. The President of AJM, Mladen Chadikovski sent two important messages for reducing the level of impunity in the country. “The first message is for the public, the citizens and for the political parties that journalists should not and must not be attacked for doing their job. The second message is for the institutions of North Macedonia and above all for the judiciary that the attacks on journalists must be processed as soon as possible in order to protect the democracy in our country,” said Chadikovski.

According to Chadikovski, impunity inevitably leads to self-censorship, limits the space for free media and makes the profession unattractive for young people. He added that in co-operation with SSNM and the Ministry of Justice, they work to amend the Criminal Code so that attacks on journalists are considered as attacks on officials.

During the event a Draft Protocol on relations between police officials and media workers for improving the safety of journalists and cameramen was presented. “This document demonstrates the joint efforts to continue cooperation between journalists and the Ministry of Internal Affairs. Only then we can be sure that in case of journalist attack, the institutions will react in a way to find the perpetrators and then they will be sanctioned, “said Chadikovski.

The representative of Reporters Without Borders, Erol Onderoglu was guest at the event. He praised the co-operation between journalists and the Ministry of Internal Affairs for improving the safety of journalists. “By increasing the safety of journalists and by implementing the media laws, North Macedonia can advance in the world index for Freedom of Press of Reporters without Borders,” said Onderoglu. He wished that the country should work to return to the position on the list together with developed democracies.

The event was organized within the framework of the project “Safe Journalists for Credible Information in North Macedonia” and is also a continuation of the cooperation of AJM with the OSCE Mission to Skopje and the Ministry of Internal Affairs.

Businessmen to journalists: Make a register of professional online media and we will follow you