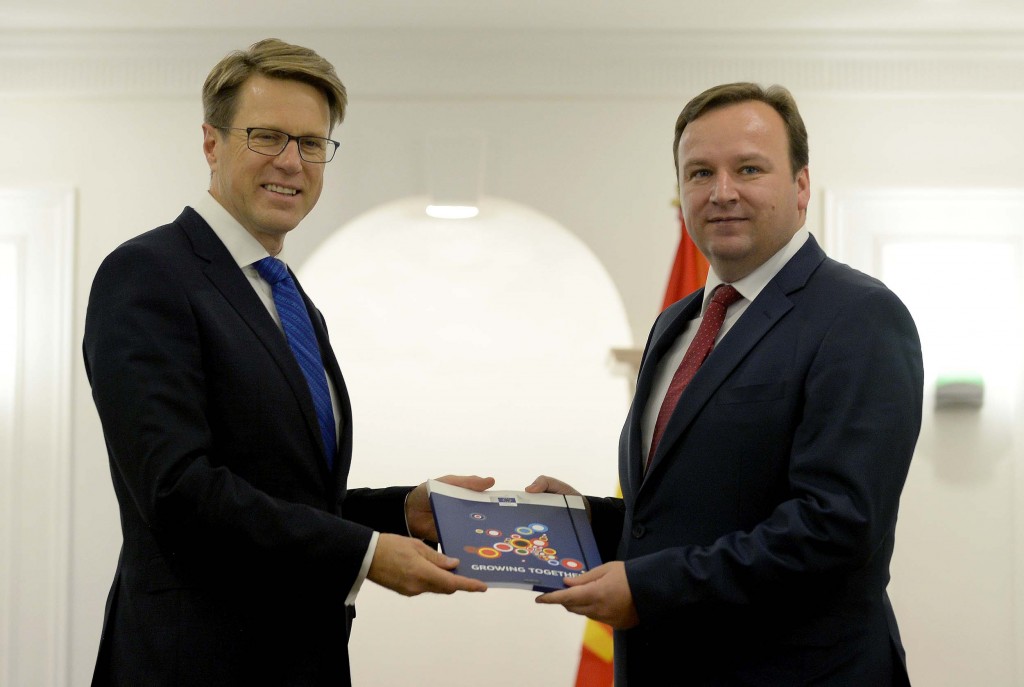 The Association of Journalists of Macedonia agrees with the opinion of the European Commission that the state of press freedom this year in Macedonia deteriorated. Commission report on Macedonia’s progress this year, rightly concludes that most Macedonian media lack political pluralism and that national television stations are backing the ruling party.

We conclude that most assessments of the Commission regarding the violence against journalists, media financing and the Macedonian Radio Television and the media regulator coincide with the views of AJM.

The Commission confirms that journalists are exposed to all sorts of attacks, while the authorities do nothing to punish abusers, which include politicians. Clearly it states that physical assaults, illegal wiretapping and poor working conditions of journalists aim to encourage self-censorship.

The European Commission does not seek to legitimize government campaigns that serve to exert pressure on the media, but requires full transparency for money spent so far for this purpose. The report insists on the criteria for publishing the free media campaigns that are of genuine public interest.

Unequivocally confirmed concerns of AJM editorial and financial independence of the Macedonian Radio and Television, which is still unable to provide objective and accurate reporting of different views and opinions of the public.

The Commission appreciates the efforts of the news organizations for media reform, but concluded that there was no political commitment to promote media pluralism and independence.

AJM supports the European Commission calls for an inclusive dialogue with the journalistic community to take drastic measures to strengthen the independence and pluralism of the media.