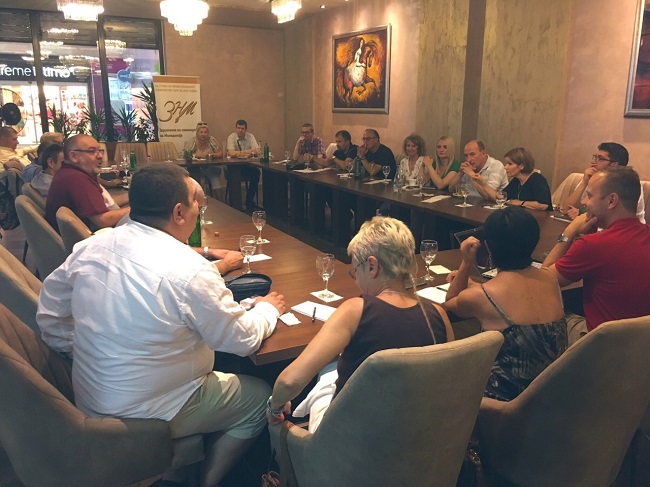 Yesterday (04.07) a meeting of the Journalistic Forum of the Association of Journalists of Macedonia was held, which is a consultative body of AJM composed of experienced journalists and media experts. The actual situation related to journalists’ rights and media policy in the country were discussed during the meeting.

The coordinator of this body, the journalist Sasho Ordanovski, led and moderated the event, and there were about thirty journalists, editors and representatives of the partner organizations of AJM. The three main issues discussed were: the MRT reforms with focus on the correspondent network, self-regulation in the online media, and the general situation of journalism in the country.

It was concluded that AJM should continue to stimulate the authorities for implementation of the media reforms, to work on greater promotion of self-regulation in cooperation with the business community and the online media , as well as to make additional efforts to improve the situation in the media national broadcasting service.

The journalistic forum was created in 2011 in order to serve as an advisory body to the Association of Journalists of Macedonia and its governing bodies, and since then it has been having meetings regularly, and so far has held around twenty meetings.