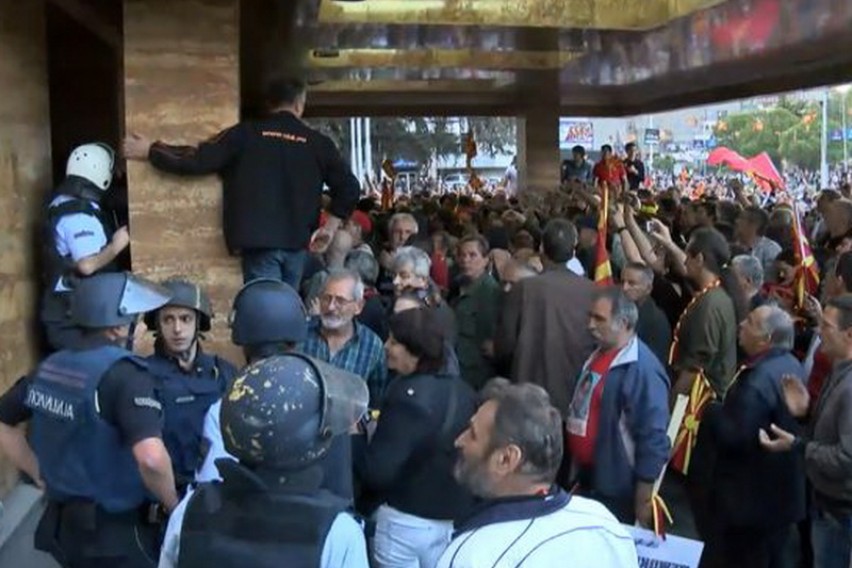 The association of journalists in Macedonia in cooperation with the lawyer’s office “Medarski” secured free legal protection for all the journalists that were stopped in reporting for the events on April 27th earlier this year in the Parliament, when supporters of the civil initiative “For Joint Macedonia” entered in the Parliament violently, immediately after the new speaker was elected.

Legal help from the AJM will be offered to all the journalists that were attacked, were under pressure or they were threatened while doing their professional duties, or their equipment was broken. Journalists that intent to undertake legal procedures in order to protect their rights, have to secure medical documentation for the injuries and the stress that they had.

All the interested journalists for using the legal help have to contact the Association of journalists by phone or e-mail in order to accelerate the procedures in front of the competent courts.

This way the AJM wants to encourage all the journalists to raise their voice against the attacks and the pressures in the last period and with that to send a message to the public and to the institutions that they will no longer be silent in front of the violence.

Also, the court procedures will increase the pressure on the institutions in order to punish the journalist attackers and with that they will stop similar attacks to happen in the future.

Journalists suspect for fraudulent bankruptcy and money laundering in MPM